Carthaginian Solutions: The After Party 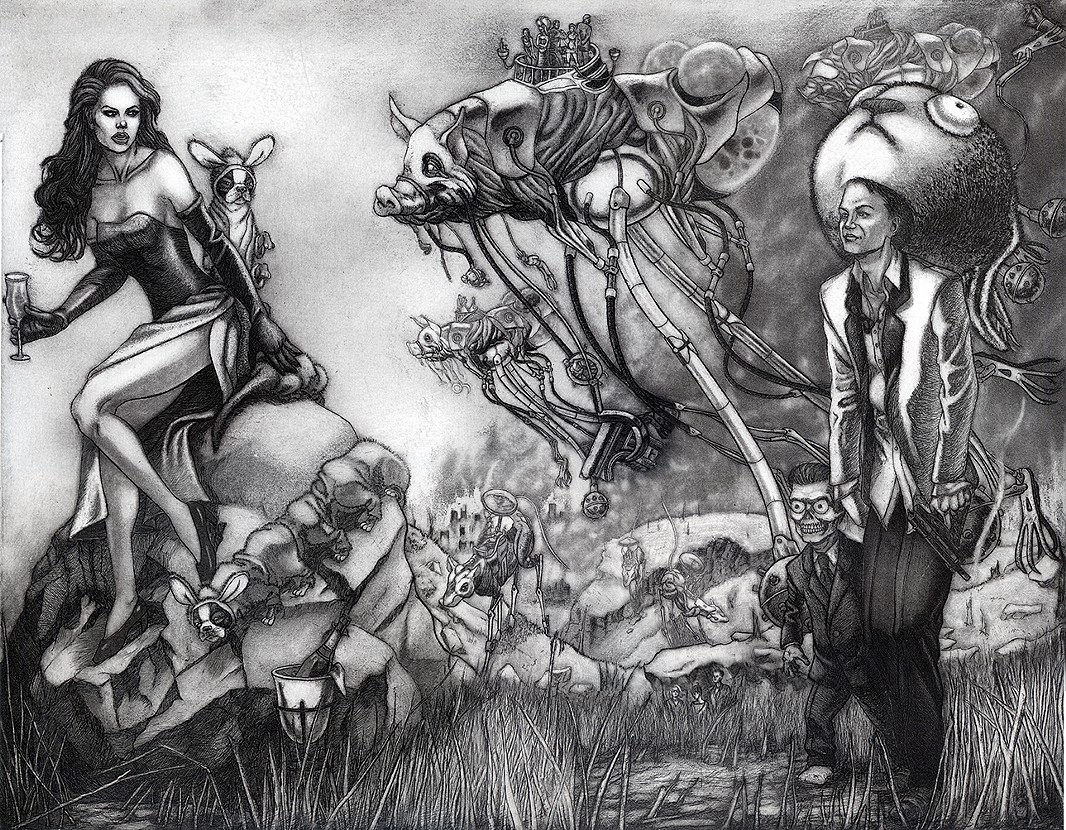 "Delenda est Carthago" The destruction of Carthage by the Romans was one of the first instances of co-ordinated genocide in recorded history. It was a phrase that Cato the Elder  used in most of his speeches in the Roman Senate after the Second Punic War. (Wikipedia link for interested parties) Paralells to certain aspects of our foreign policy seemed relevant to me so I started thinking of ways to work that into a picture. i was reading about the first battle of the American Civil War, and people from the north thought the war would be a joke and actually camped out on hillsides to have a picnic to watch the first battle. Nothing like watching people die as a backdrop to a party, again it seems very similar to the war we all sit around and watch people  and civilizations bombed to shit from the comfort of our living rooms.

I used a xerox transfer to put the drawing on the plate and ended up etching it a bit too long and spent way more time than I should have scraping and burnishing. it includes about every technique I know except drypoint.
Posted by Marcus Howell at 5:12 PM 0 comments