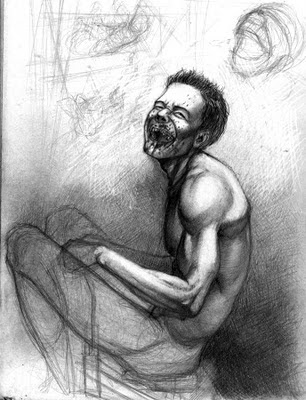 Finally working on some new stuff after two and a half months full of moving and work nonsense. This is going to be part of another composition, and from a completely different perspective angle, but I needed to do some stuff to knock the rust off. This is what it looked like the first time: 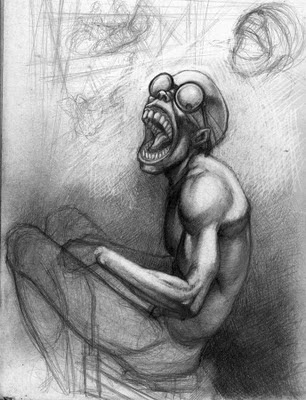 It's kinda funny, but also just looks wrong for what I intend to do, so I redrew the face: 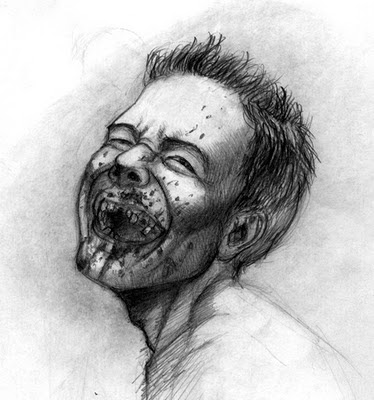 When this one is done it will probably be one of those things where Chad Woody and I laugh maniacally and everyone else is filled with horror and revulsion. 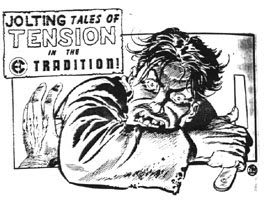 Johnny Craig was one of the best artists of the EC Comics of the fifties. Compositionally he was without peer, unfortunately those skills also led to the near downfall of an entire industry. 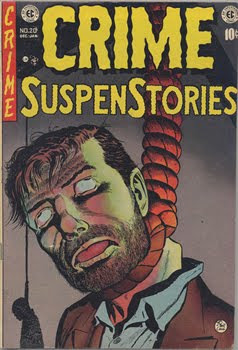 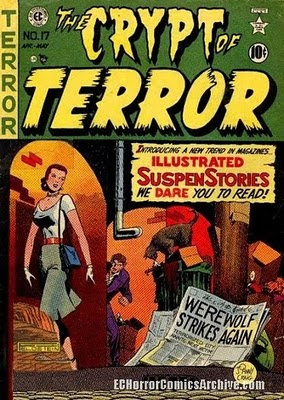 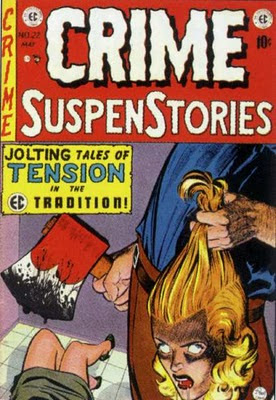 They may be in bad taste but they are also fucking great. You can read more about the whole sordid 1950's "War on Comics" here or in The Ten Cent Plague. It's been covered far and wide so I'll not reiterate. He was a good, verging on great draftsman. You can lose yourself in his work pretty easily but it doesn't have the same visual flourish of say Wally Wood or Alex Raymond. I'll stop talking and just let you peruse what is regarded as one of his masterworks, The Sewer. 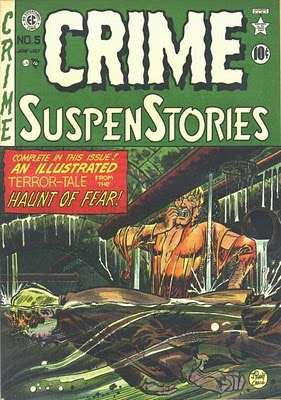 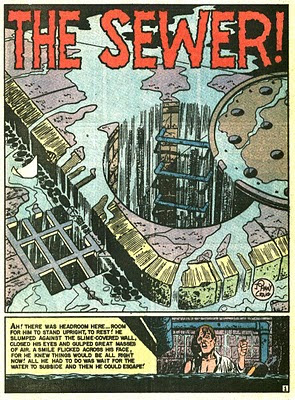 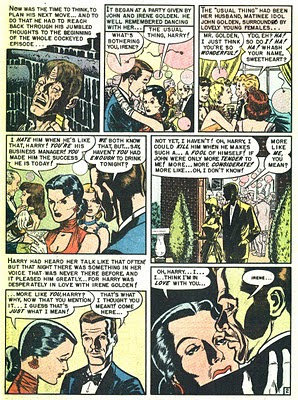 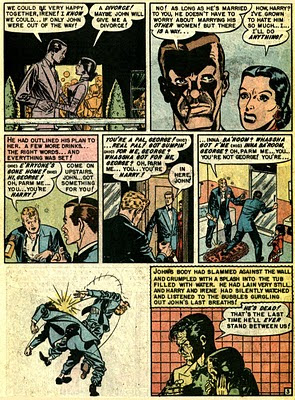 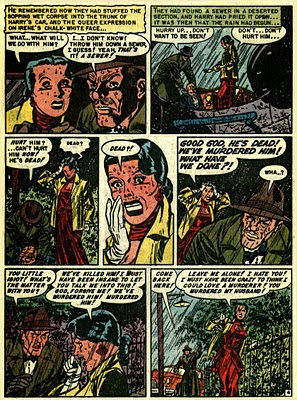 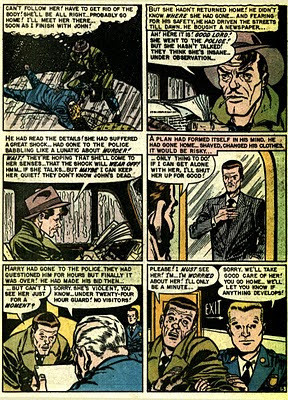 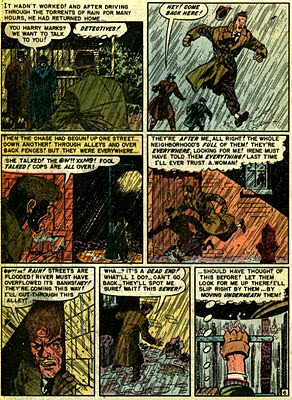 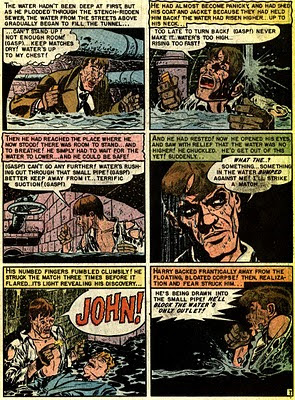 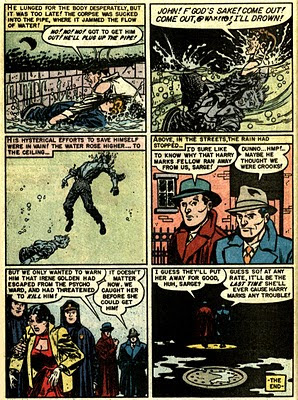 Good stuff. I apologize to all the hipsters who accidentally got this page searching for that douche twat of a singer.
Posted by Marcus Howell at 9:56 PM 1 comments