This one comes as a bit of a revamp of an older drawing: I expanded it mainly for the purpose of adding to the disastrous etching that I finished, then hated and spent two days scraping out: 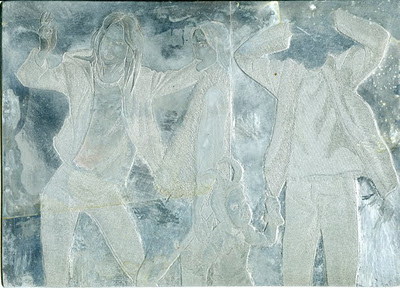 I decided to abandon it and let the corrosion take it. The facial expressions were terrible and the picture itself is kinda thin on it's own so I expanded on the idea and I think it looks much better now and the concept is much stronger. Upon completion, I watched the entire Twin Peaks gold box set and I think I created some alternate version of the black lodge: 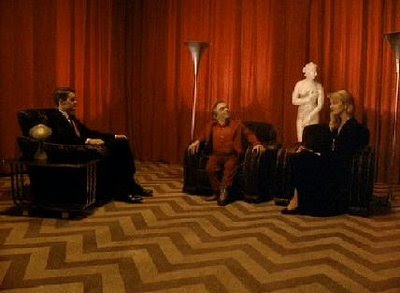 I recently received some feedback on my work (that I didn't really ask for) and it seemed the general consensus was that the size of my work was holding me back. Those of you who have gone to art school will recognize a series of cliches: "make it really big", "Do, like, a hundred of these", and the ever popular, "Good direction, think about adding/subtracting color". They are very similar to the end of the game cliches you get form every ballplayer not named Brian Wilson. They seldom mean anything but these folks are paid to say something so that's the stock the pick from. My graduate professor was a bit different, because he was either smarter than those teachers, or he actually gave a shit what happened to his students. He always broached the "bigger is better" argument with reasonable qualifiers: The content of the work should require a larger size, a question of substance not form. I may be being a little too hard on my reviewers, that could be exactly what they meant. Well, message received I'm working larger: 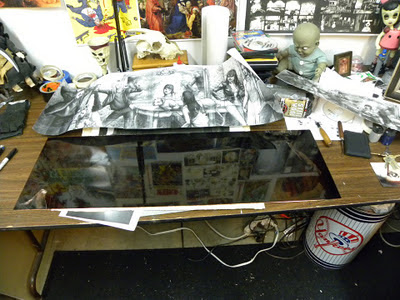 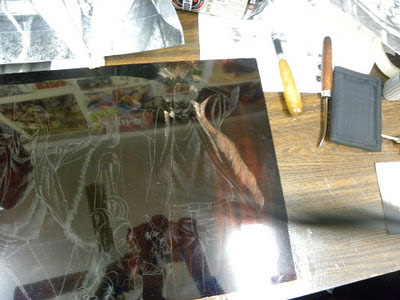 It's measuring in at an awkward 12" x 36". On copper, with Dutch Mordant. In a side rant-Fuck Ferric Chloride. I understand the need for less toxicity but it completely negates the advantage of using the way more expensive copper plates: the length and clarity of the bite. The non-toxic way of etching just doesn't work, the results are inferior. You may live longer but if all your work sucks who cares?
Posted by Marcus Howell at 10:59 PM 0 comments